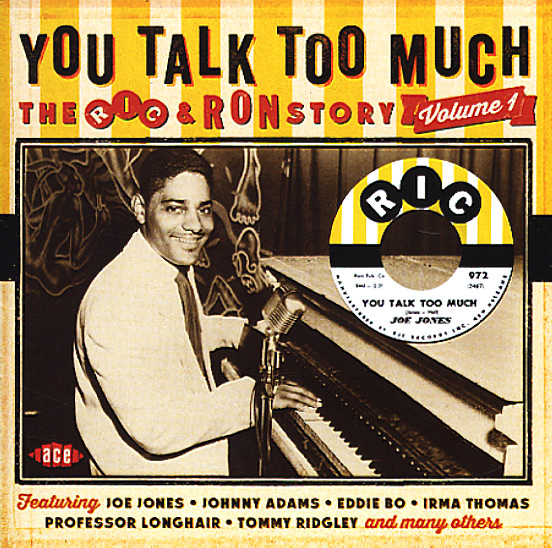 A key force in the development of New Orleans soul – the homegrown Ric & Ron Records label – home to some of the best early productions from the Crescent City! The roster of talent here is really amazing – a host of artists who'd go onto develop the New Orleans style even more strongly in the 60s, mixed with some lesser-knowns who really sparkle in this setting – sharp, tight, damn soulful singles that are all delivered without any overproduction, and nicely free of all those cliches that would later overwhelm music from the Big Easy. The rhythms alone are worth the price of the record – hard-romping piano, bass, and drums that really set an instrumental fire right from the start – then pave the way for searing lead performances from the singers and instrumental stars. The set's the best we've ever seen of these early days of the label – and features 24 tracks that include "Tell It Like It Is" by Eddie Bo, "Easy Rockin" by Eddie Lang, "I Love You Still" by Joe Jones, "Come On" by Johnny Adams, "Don't Lie To Me" by Mercy Adams, "Don't Mess With My Man" by Irma Thomas, "Carnival Time" by Al Johnson, "Nobody Knows" by Martha Carter, "All Nite Long (parts 1 & 2)" by Robert Parker, "Cuttin Out" by Professor Longhair, "Let's Get It" by Edgar Blanchard, and "Rocket To The Moon" by Chris Kenner.  © 1996-2021, Dusty Groove, Inc.

Have Mercy! – The Songs Of Don Covay
Ace (UK), Late 50s/1960s/Early 70s. New Copy
CD...$11.99 19.99
A wonderful testament to songwriting mastery of Don Covay – one of greatest singing and songwriting double threats ever – and if you didn't already know that, this excellent compilation will set you straight! No tribute to Covay the songwriter would be complete without Aretha Franklin's ... CD