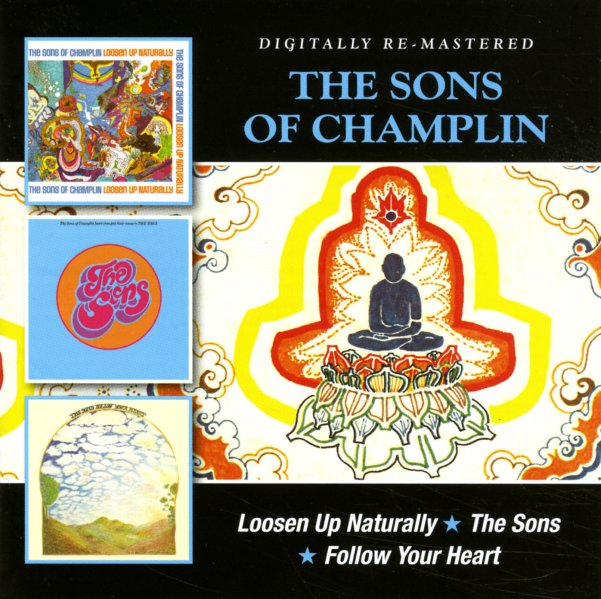 All the greatest moments from the Sons Of Champlin – packaged together here in one sweet set! Loosen Up Naturally is heavy rocking, with some nice drums – the kind of record that's kept the Sons in more crates than you'd think over the years! The set's a massive 2LP jammer that really overflows with niceness – often done in a heartfelt, blues-tinged rock style that's got traces of Little Feat and The Steve Miller Band – but the album's best remembered for the few tunes that have some nice funky changes, like the drums and bass on "Rooftop", or the jazzy scatting riffing sound of the 15 minute track "Freedom", or the hard jamming organ and horns in "Hello Sunlight". Other tracks include "Everywhere", "1982 A", "Black & Blue Rainbow", and "Get High". The Sons is the second album from The Sons Of Champlin – a record that actually has the group shortening their name to The Sons, but expanding their sound past the jamming bluesy roots of their debut! The record's got a tightness that brings a bit of jazz into the mix – not much, in a way that's blended with folksy instrumentation in a really gentle way – fleshing out acoustic guitars with a bit of horns, vibes, and other nice touches that give some of these tunes a much more timeless feel than you'd think. The album's a bit sparse on notes, but someone's doing a great job with the arrangements here – putting more of a high-concept spin on the record, yet still retaining the personal feel of the group. Titles include "Why Do People Run From The Rain", "It's Time", "Country Girl", "You Can Fly", "Love Of A Woman", and "Boomp Boomp Chop". Follow Your Heart is a further deepening of the sounds of The Sons – already great on the group's first 2 albums, but here taking a harmonically polished mode that refines their groove even more – and which makes the album's tunes come off totally great! There's a compressed, slightly jazzy feel to some of the work here – one that has the vocals losing the rasp of before, and going for a sweetly crackling sound that's still never too overproduced, and which has a lovely sense of personal presence. At times, we almost hear echoes of some of Todd Rundgren's best solo work, but with more of a group sort of sensibility – and we're really surprised that this album hasn't had a longer life, or why it hasn't at least been rediscovered as a brilliant pop treasure from the early 70s! Titles include "Follow Your Heart", "Children Know", "Before You Right Now", "The Child Continued", "Well Done", and "Beside You".  © 1996-2021, Dusty Groove, Inc.