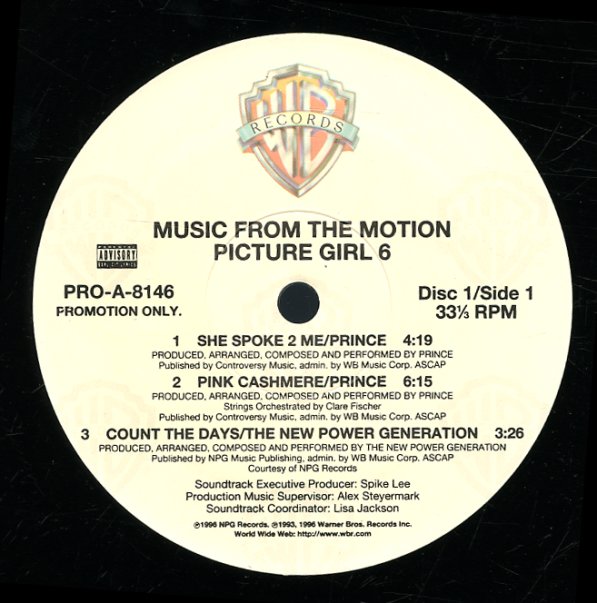 Music From The Motion Picture Girl 6

(Promo in a stickered sleeve, with light wear and bent corners.)