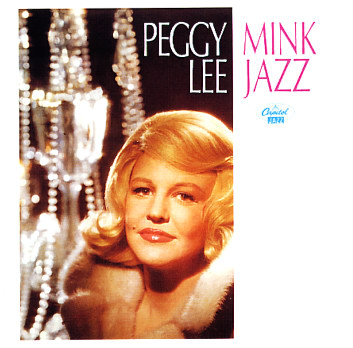 As smooth as mink – and as sexy too! The album's one of Peggy's jazziest from the Capitol years – and has her working with some really great arrangements by Max Bennett or Benny Carter – both of whom come up with a lean groove that swings tremendously, but without some of the overly-cliched modes of later Capitol years! Peggy's in great form throughout – and titles include "Whisper Not", "My Silent Love", "Days Of Wine & Roses", "Close Your Eyes", "Cloudy Morning", and "Where Can I Go Without You?". CD includes 4 bonus tracks!  © 1996-2021, Dusty Groove, Inc.
(Out of print.)

Autumn In New York (Japanese pressing)
Capitol (Japan), Late 40s/Early 50s. Used
CD...$19.99
A record that features Stafford's sentimental vocals wrapped up warmly in backings from Paul Weston – string-heavy at times, but in a really dreamy way that works perfectly for Jo's blue-tinged vocals. The album's got a great sense of love lost and longing – and titles include "Smo ... CD

Ballads Blues & Bey
Evidence, 1995. Used
CD...$3.99 (LP...$32.99)
Warm and wonderful late work from the great Andy Bey – former member of Andy & The Bey Sisters, and a singer who will forever be in our heart for his hip 70s recordings with Horace Silver and Gary Bartz! This one has Bey running through a host of straighter jazz tracks – mostly ... CD

Shades Of Bey
Evidence, 1998. Used
CD...$2.99
A fantastic comeback moment for the great Andy Bey – a singer who did incredible work in the 60s and 70s – then disappeared from the recording scene for awhile! The set's a compelling batch of jazz vocal tracks that show Andy reinventing himself for a whole new generation of jazz ... CD