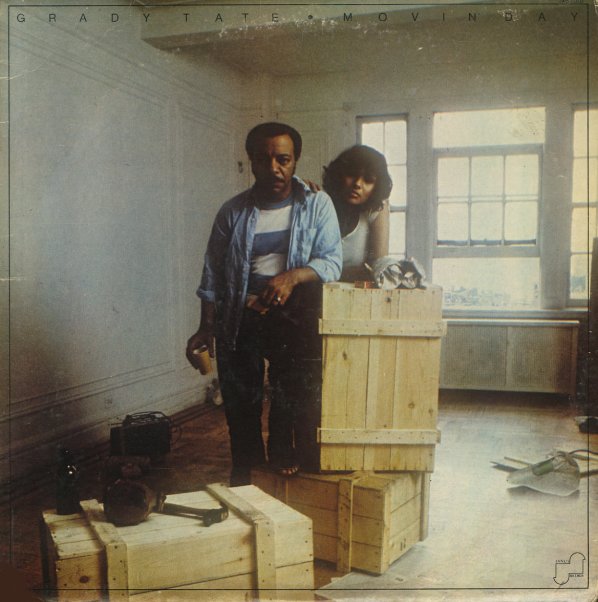 Grady Tate's most obscure album – and one that's got much more of a jazzy tip than his others! Richard Tee plays electric piano, and the band includes Billy Butler on guitar, George Coleman on tenor, and Ron Carter on bass – all of whom help make things a lot groovier than on some of Grady's earlier albums! The big track on here is Grady's jazzy cover of "Moondance" – which is a great jazzy dancer – and the LP also includes "Movin Day", "You're A Lady", and "Love Has No Pride".  © 1996-2022, Dusty Groove, Inc.
(Coiver has some light wear, a cut corner, and a bit of seam splitting – plus a name on the back.)