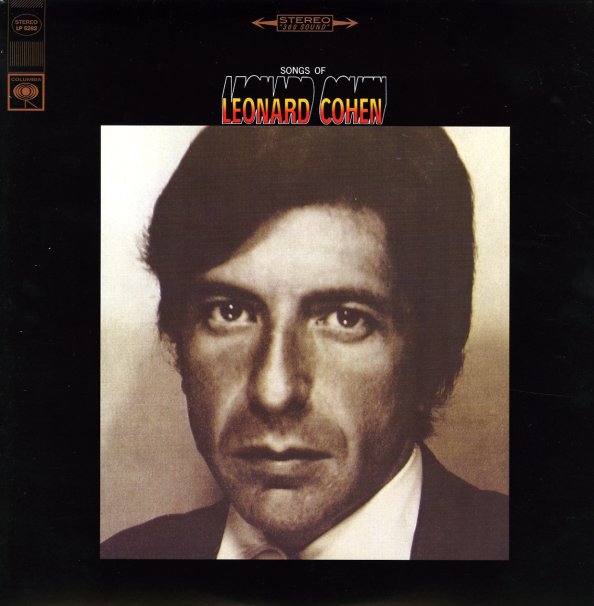 Leonard Cohen's debut for Columbia, one of the most astounding first albums if its era, and to this day a towering achievement in both songwriting and myth making! The production is that perfectly haunting mix of sparseness and grandeur, with Cohen's lyricism piercing and penetrating wonderfully – his voice never sounded better, and this is certainly one of the great "lightening in a bottle" efforts that was hard to top by Cohen or anyone else in the more poetic upper levels of pop music. Includes "Suzanne", "Master Song", "Winter Lady", "The Stranger Song", "Sisters Of Mercy", "So Long, Marianne", "Hey, That's No Way To Say Goodbye", "Stories Of The Street", "Teachers", and "One Of Us Cannot Be Wrong". CD features two previously unissued bonus tracks – "Store Room" and "Blessed Is The Memory".  © 1996-2021, Dusty Groove, Inc.