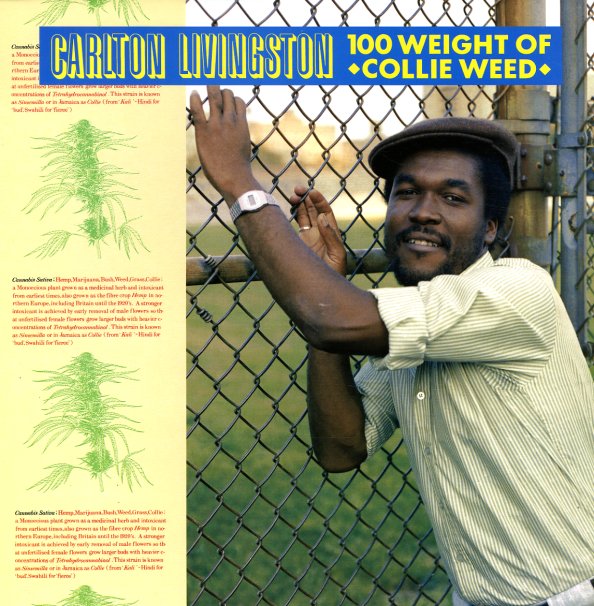 A great, overlooked Greensleeves LP from Carlton Livingston – with some roosty jams backed by tight rhythms – and soulful singing throughout by Carlton! The set was recorded at New York's HCF Studios with Hyman "Papa Life" Wright and Percy Chin as the producers and instrumentation credited to the Hi-Life Players. The riddims are tight and timeless, with some really nice keyboards in the mix – which sound great back9ing Livingston's laidback vocalss. Includes "100 Weight Of Collie Weed", "Making Love", "Fret Them A Fret", "I'm Your Lover", "See Them A Come", "Call Of The Rastaman", "Never See Come See", "If This Girl Was Mine", "Soundman Clash" and "Let The Music Plays".  © 1996-2022, Dusty Groove, Inc.