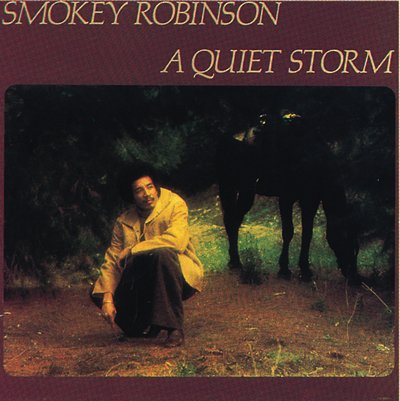 Incredible work – a record that should be in every household! Smokey breaks free of the group sound of the Miracles albums – hitting a whole new mode, and inventing the "Quiet Storm" radio format along the way! The title cut – "Quiet Storm" – is a majestic long-building track that's as important to mellow soul as Larry Mizell's work was to jazz funk at the same time, and it's got a similar layering effect that has sounds building and spinning, with a bit of sound effects, great keyboards, and cool moogy touches that recall some of Bobbi Humphrey's best work for Blue Note, but filtered through a mellow ballad style. The whole album's great, and other tracks include "Baby That's Backatcha", "The Agony & The Ecstasy", "Coincidentally", and "Wedding Song". Proof that Motown was still great in the 70's!  © 1996-2021, Dusty Groove, Inc.