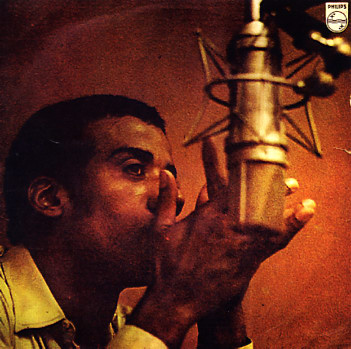 A fantastically soulful album from Jorge Ben – one of his greatest records ever, and a key part of Brazilian music in the 70s! The album marks an earthier shift for Jorge – a sound that's still rooted in the samba influences of the 60s, but which also takes on a bit more soul at the bottom – thanks to rhythmic contributions from Trio Mocoto, who work here famously to help Ben shape the overall feel of the set! There's still a bit of larger orchestrations at moments, but these are used sparingly just to sweeten the sound – leaving the main force of the music to come from Jorge's guitar, and the cuica, percussion, and tamborim of the trio. The vocals are wonderful too – slightly raspy, and with a bit more feeling than we ever remember Jorge having on record – sometimes a bit intimate, yet always with an undeniable presence throughout. One of those records that still sends chills up our spines, year after year – with tracks that include "Oba La Vem Ela", "Ze Canjica", "Pulo Pulo", "Apareceu Aparecida", "Terezinha", "Mulher Brasileira", "Forca Bruta", "O Telefone Tocou Novamente", and "Charles Junior".  © 1996-2022, Dusty Groove, Inc.
(Out of print.)