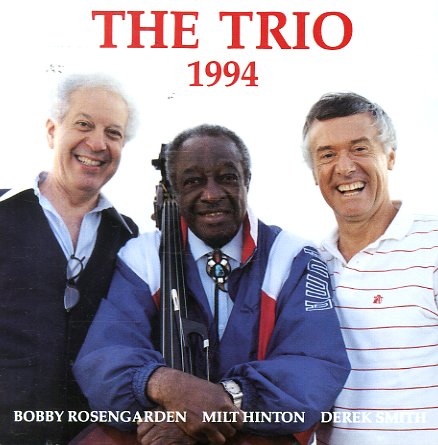 Journey
Chiaroscuro/Downtown Sound, 1977. Used
CD...$11.99
A landmark New York session from Dollar Brand – recorded in the late 70s, with a larger group than usual! Brand spins out some really magical African-tinged jazz grooves – stretching forth in his usual modal mode, with lots of rhythmic lines – but in a way that's also augmented ... CD

Buddy & His Buddies
Chiaroscuro, 1973. Used
CD...$6.99
A nice bit of an American comeback set for Buddy Tate – although he'd never really "gone away", thanks to a good crop of European recordings in the earlier part of the 70s! The set's got Buddy leading a group of "buddies" that includes Roy Eldridge, Illinois Jacquet, Mary ... CD

Joe Venuti & Zoot Sims
Chiaroscuro, 1975. Used
CD...$6.99
Zoot Sims really makes the album cook – adding in a lot more bop sensibility than you might expect on an album with violinist Joe Venuti – and really bringing in a heck of a lot of soul, thanks to his raspy tone on the tenor! The set's got a nicely jumping sort of feel – with ... CD

Last Of The Whorehouse Piano Players
Chiaroscuro, 1979. Used
CD...$6.99 9.99
Features Sutton and McShann on piano – with Milton Hinton on bass and Gus Johnson on drums. CD