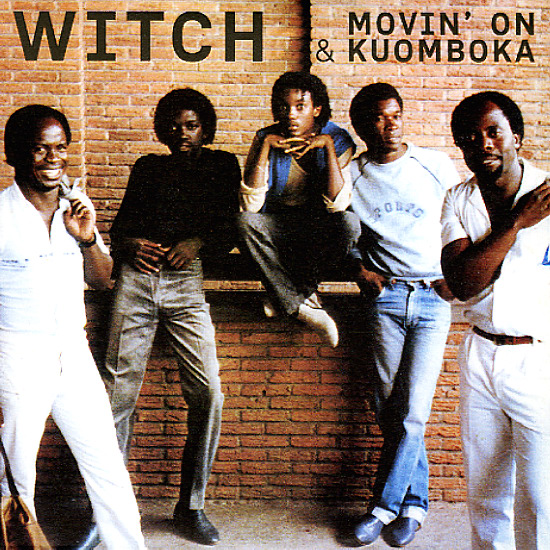 Two later moments from Zamrock legends Witch – both of which show the group moving into a much more soulful groove! Movin On has a sweet funky style at the core – a mode that shows Witch picking up a fair bit of disco and club from the American scene, and fusing it with their older Zamrock styles to create a really unique sound overall! At times, the record echoes some of the Euro disco records of the late 70s – but there's also a deeper current to the record too, especially on some of the more personal tunes. Keyboards take over more than guitar at times – and although the group's name originally meant "We Intend To Create Havoc", this record might have changed the meaning to "We Intend To Create Happiness". Titles include "To Be Felt", "Movin On", "I'm Coming Back", "Let's Get Together", "It Feels So Good", and "My Desire". Kuomboka is a surprisingly great later set from Witch – one that still has some of their funky styles of a few years before, but which also seems to bring in some stronger African elements as well – in the kind of sweet fusion that was showing up in some of the hipper South African acts of the period. The sound is more late 70s, especially in the keyboards, than some of the clunkier pop that you might expect from the 1984 date – and a few really great numbers have cool moogy touches that really make the record stand out. Titles include "Erotic Delight", "Come Together", "More Sweat Than Sweet", "I Wanna See The Light", and "Kuomboka".  © 1996-2022, Dusty Groove, Inc.