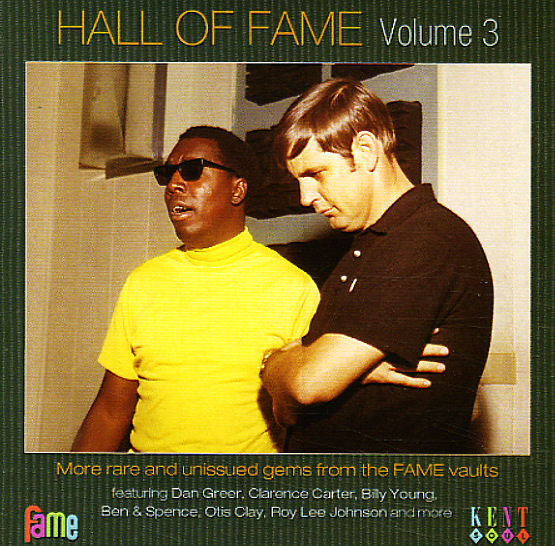 The wealth of wonderful music from Muscle Shoals never stops – and this third volume in the Hall Of Fame series features a stellar batch of 22 tracks that were recorded at the end of the 60s, but never issued at the time! Some of the cuts are by bigger names in southern soul, and others are from smaller acts who fit perfectly with the tight production of Rick Hall and the Fame Studios staff – that core backing group who always kept things right on the money, and helped just about any singer hit new heights at the time! And even if you think you know the Muscle Shoals groove, or already have a fair bit of southern soul in your collection, you'll still find plenty to knock your socks off here – killer cuts that really deserve this new discovery, and which continue to blow our minds and ears – even though we've been digging the sounds of Fame Studios for decades. Titles include "A World Of My Own" by Billy & Clyde, "You're Too Much" by Billy Young, "The Door To My Heart" by Dan Brantley, "You Left The Water Running" by Ralph Soul Jackson, "Don't Let A Good Thing Go To Waste" by Dan Greer, "Hail Hail The Gang's All Here" by Prince Phillip, "You Don't Miss Your Water" by Otis Clay, "Come On Home" by Herman Moore, "What Our Love's Gonna Turn Out To Be" by Roy Lee Johnson, "I Done Run Out" by Clarence Cater, "I Don't Want To Know" by George Jackson, and even a few tracks by some unkown singers!  © 1996-2022, Dusty Groove, Inc.