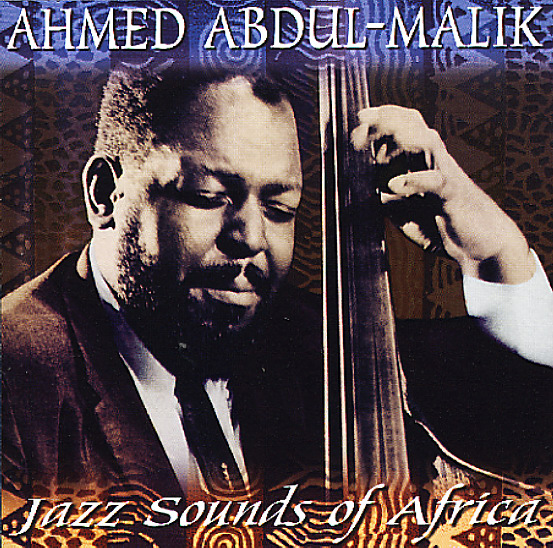 Revolutionary work from one of the most important talents you never heard of – 2 jazz/world classics from the amazing Ahmed Abdul-Malik! The CD begins with The Music Of Ahmed Abdul Malik from 1961 – a record that has the bassist working in a very sophisticated cross-cultural mode – pulling together many different strands of jazz and Eastern music, forging them into a very unique sound. Unlike some of Malik's other records, which featured a style that was very heavy on Middle Eastern instrumentation, this one's got a very even blend of jazz – and features excellent work by Tommy Turrentine on trumpet, Calo Scott on cello, Eric Dixon on tenor, and Andrew Cyrille on drums. Malik himself plays bass and oud, and the record's got a snaking mix of jazz and exoticism that's roughly similar to Yusef Lateef's work on Savoy, or some of Sun Ra's work from the time. Titles include "Nights On Saturn", "La Ibkey", "The Hustlers", and "Oud Blues". Sounds Of Africa is one of Malik's greatest – a combination of both his modern and experimental sides, a mixture of off-key hardbop and odd instrumentation that includes cello, oud, and lots of extra percussion. The fantastic Tommy Turrentine plays trumpet on one cut, Richard Williams plays on all others – and the percussionists include Chief Bey, Montego Joe, and Andrew Cyrille! Titles include "The African Bossa Nova", "Wakida Hena", "Communication", "Suffering", and "Nadusilma".  © 1996-2022, Dusty Groove, Inc.