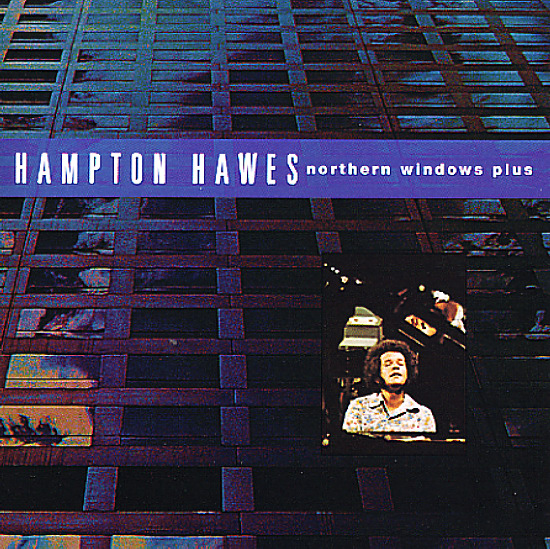 Some of the greatest recordings ever made by pianist Hampton Hawes – extremely different from most of his earlier sides, done with loads of cool 70s electric touches! The first album on this 2-in-1 set is the excellent live album Playin In The Yard – a killer session at Montreux in 1973, done with a light open-ended groove that's got a sweet mellow feel. The record is similar to some of Ahmad Jamal's best work from the same time – with a sound that's not exactly funk, but which features some killer work on Fender Rhodes – stretched out over long tunes with a tremendously soulful approach! Titles include "Double Trouble", "Pink Peaches", "De De", and "Stella By Starlight". Next up is the David Axelrod-assisted album Northern Windows – a sweet batch of funky cuts with arrangements and backings handled by Axe! The record really bubbles with the warm and soulful approach Axelrod was using at Fantasy – kind of a step off his stark modern sound at Capitol, but still done with just the right amount of space and appreciation of a funky rhythm. The great Carol Kaye is on bass, and Hawes plays some totally sweeeeeeeet electric keys on the set – really stretching out on tracks that include "Sierra Morena", "Go Down Moses", "Web", "Tune Axle Grease", and "C&H Sugar".  © 1996-2022, Dusty Groove, Inc.