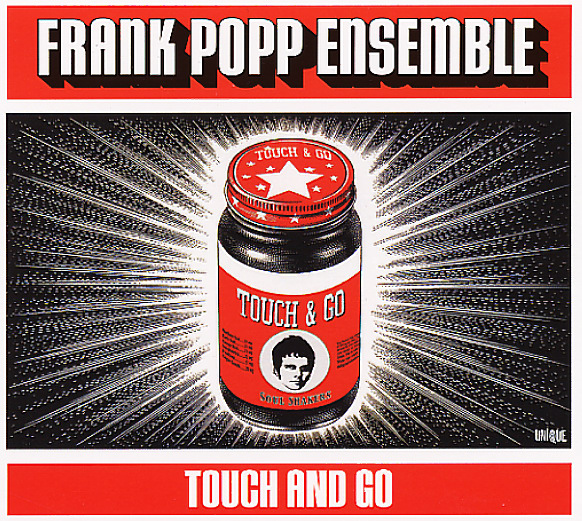 A great set of jaunty groovers from the Frank Popp Ensemble – a group who always manage to tap into an older mod and Northern Soul-influenced vein, yet come up with a sound that's cracklingly fresh! As with the other Popp releases, this set's got a really playful feel – not really kitschy, but unabashedly groovy – and topped off with plenty of female vocals to emphasize the catchy hooks of the tunes. There's plenty of Hammond grooving in alongside the snapping beats and driving guitars of the tunes – and the album could well be another big crossover hit for the ensemble! Titles include "All I Need", "Enough", "Touch & Gio", "Getting Down", "Business & Pleasure", "Leave Me Alone", "Just Say Goodbye", "Getting Down", "Fonce Danse Le Coeur", and "The World Is Waiting".  © 1996-2021, Dusty Groove, Inc.
(Out of print.)

Visit From A Goddess
Unique (Germany), 2005. Used
CD...$6.99
Sweet keyboard grooves from the Xaver Fischer Trio – an outfit that we haven't heard from for a few years, but who still sound totally great! The group's format is spare and simple – and very much dedicated to the spirit of smaller 70s keyboard funk – with stripped-down basslines ... CD

Out Of Towner
Unique (Germany), 2005. Used
CD...$4.99
A deeply complicated set of grooves from Ben Human – one that comes across like a classic soundtrack, souped up with some very tasty contemporary touches! There's a vibe here that seems to run from mid 60s French and Italian work to early 80s electronics – all served up with the ear ... CD