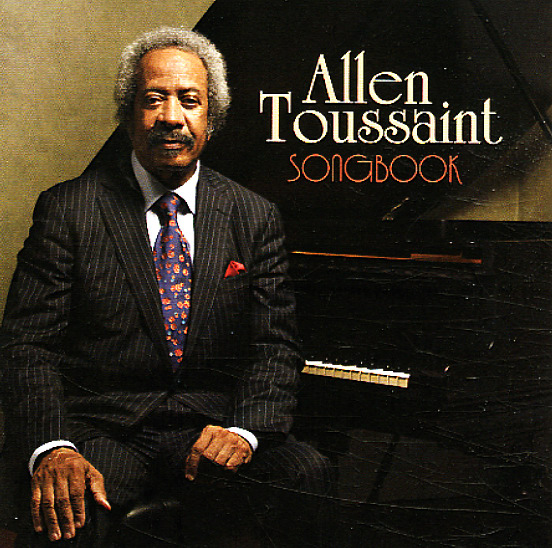 A wonderfully intimate set from Allen Toussaint – one that features Toussaint at the piano, working in a live setting, and serving up new versions of his own famous compositions – often with some great pre-song patter that gives a bit of background on the tunes! The performance is a great back to basics moment for Allen – one that's far rootsier than most of his other recent projects, and which has this sense of history that's quite strong – a great reminder of the many years he's been setting the world on fire with his music. Titles include "It's Raining", "Lipstick Traces", "Holy Cow", "With You In Mind", "It's A New Orleans Thing", "Southern Nights", "Get Out Of My Life Woman", and "Who's Gonna Help Brother Get Further".  © 1996-2020, Dusty Groove, Inc.
(Barcode has a cutout hole.)

Allen Toussaint Songbook (CD/DVD)
Rounder, 2013. Used CD & DVD
CD...$15.99 (CD...$8.99)
A wonderfully intimate set from Allen Toussaint – one that features Toussaint at the piano, working in a live setting, and serving up new versions of his own famous compositions – often with some great pre-song patter that gives a bit of background on the tunes! The performance is a ... CD