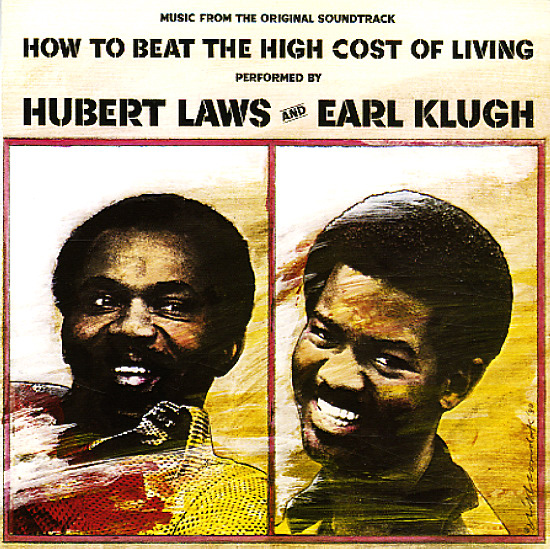 How To Beat The High Cost Of Living – Original Soundtrack

A totally wonderful little record – not just a funky 70s soundtrack, but an excellent jazz outing as well – thanks to the talents of Hubert Laws on flute and Earl Klugh on guitar! Patrick Williams wrote and arranged the whole set – and he merges his jazzier roots with some of his sublime 70s soundtrack skills – in a mix that's still lean enough to keep the album right up there with Laws' best from the time, but also give things a bit more of a funky punch, too. There's lots of great moments in a CTI/Kudu mode – and titles include "Down River", "Piccolo Boogie", "The Edge", "The Caper", "The Scuffle", and "Ready To Run".  © 1996-2021, Dusty Groove, Inc.