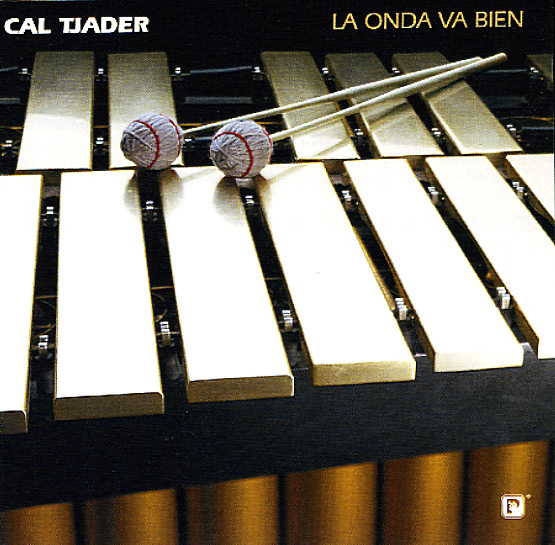 A killer set by Cal Tader – every bit as great as some of his best work from earlier years! The album was recorded with a small tight combo – one that features the great Mark Levine on both acoustic piano and Fender Rhodes, plus flute and percussion by Roger Glenn, and congas and percussion by Poncho Sanchez. The whole thing glides along in a nice blend of electric and acoustic jamming – similar to Cal's best work of the late 60s, and with a stripped down groove that has a lot more fire than the average Concord release!  © 1996-2021, Dusty Groove, Inc.

Tjader Plays Tjazz
Fantasy/OJC, 1955. Used
CD...$11.99
The title gets it right on this one – as the set's one of Cal's greatest straight jazz albums of the early years – done in a harder, and more soulful mode than some of his Latin-based sets from the time! The album features 2 different groups, both of them great – a main quintet ... CD

Soul Sauce
Verve, 1964. Used
CD...$22.99
Arguably THE classic Cal Tjader album of the 60s – a landmark album that crossed over equally into Latin, jazz, and mainstream audiences – and a stone cooker that's filled with smoking little grooves! The set's probably best known for its title track "Soul Sauce" – one ... CD