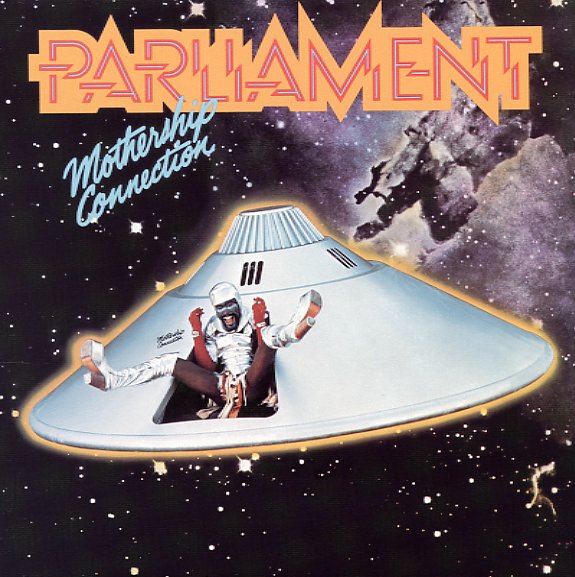 Here's where it all happens – the huge culmination of all the years of heavy funk and psychedelic soul created by George Clinton and the P-Funk empire – fused into an amazingly tight groove that helped win over much bigger audiences than ever before! The album title and cover are very fitting – as George Clinton launches the mothership, forges his classic space-funk image, and blows the P-Funk empire into an arena-filling mega-star act – all with grooves that are still some of the tightest, sharpest funk you'll ever hear – all these many decades later. The instrumentation is razor-sharp – played by giants like Fred Wesley, Maceo Parker, Bootsy Collins, and Bernie Worrell – and the lyrics still have all the edginess and naughtiness of the earlier years – tied together wonderfully to make a very unified album, and one that's full of classics too! Titles include "Mothership Connection (Star Child)", "Night Of The Thumpasorus Peoples", "P-Funk (Wants To Get Funked Up)", "Handcuffs", "Give Up The Funk (Tear The Roof Off The Sucker)", and "Unfunky Ufo". CD features a bonus version of "Star Child", a promo radio version!  © 1996-2022, Dusty Groove, Inc.
(Contains bonus material.)

What Am I Gonna Do (with bonus track)
Casablanca/Reel Music, 1974. New Copy
CD...$8.99 16.99
One of the greatest soul records of all time – and an album that we'd never part with! Gloria Scott only ever recorded this one full LP – but that's more than enough, as the whole thing's a masterpiece – produced by Barry White with the best of his 70s approach, and featuring ... CD