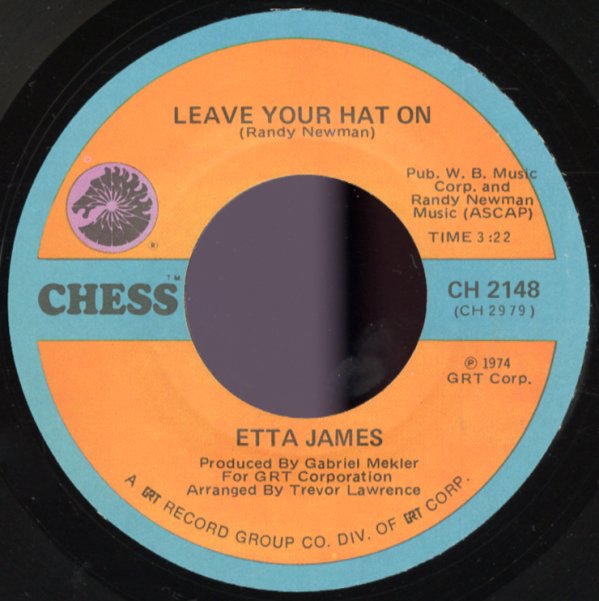 Leave Your Hat On/Only A Fool

At Last/All I Could Do Was Cry
Chess, Mid 60s. Near Mint-
7-inch...$11.99
2 fantastic tracks from Etta James – both of them raw and bluesy, but also sophisticatedly soulful! "At Last" is one of her all-time greats, a sweetly done number that always breaks our heart, set to impeccable arrangements that show that Etta can move from the rough R&B crowd ... 7-inch, Vinyl record

Poor Boy/Fugitive Kind
Chess, Mid 60s. Very Good+
7-inch...$9.99
2 nice numbers from Tony Clarke – best known for "The Entertainer", but a really great singer who cut some fine singles for Chess! "Poor Boy" is as sad as it sounds – a downbeat number that has Tony singing in a good mix of deep and sweet styles! "Fugitive ... 7-inch, Vinyl record