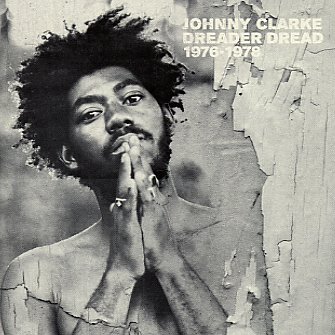 Johnny Clarke has always been one of our favorite Jamaican vocalists, king of the dancehall in his day as he was – though this set brings together his more conscious roots numbers. Like many other releases on the Blood & Fire label, the work here focuses on Bunny Striker Lee's productions, and with good reason – clearly always on the cutting edge, and coaxing many truly great performances from his singers & players. When you see Striker Lee's name on the label, you know it's heavy! "In the Roots of the Ghetto", "Every Knee Shall Bow" and "Roots Natty" are unstoppable, included here with 10 more cuts, a number of them in extended versions!  © 1996-2021, Dusty Groove, Inc.
(Out of print.)