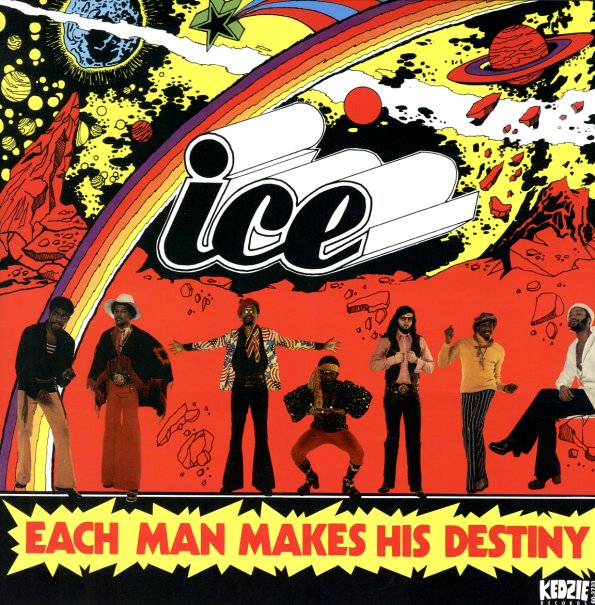 A really great chapter in the long and funky history of the musicians that also played in Lafayette Afro Rock Band and Cane & Abel – and a cool little set that may be one of the best records to ever come from the collective! The players work here as Ice – and come across like some of the best American funk collectives of the time – a group that's heavy on wah wah guitar over Fender Rhodes riffs, but which also features lots of searing solos in the middle – an instrumental intensity that sometimes dominates more than the vocals! A few gentler groovers are mighty nice too – served up with warm vocals that bubble along with the rhythms – and at a few spots, you'll even hear the trademark "magic bag" sound of the Lafayette Afro Rock Band. Titles include "Too Little Room", "Suicide", "One Chance", "Love Can", "There's Time To Change", "Dgunji", and "Put An X On The Spot". Also issued in the US under the title Ice.  © 1996-2022, Dusty Groove, Inc.