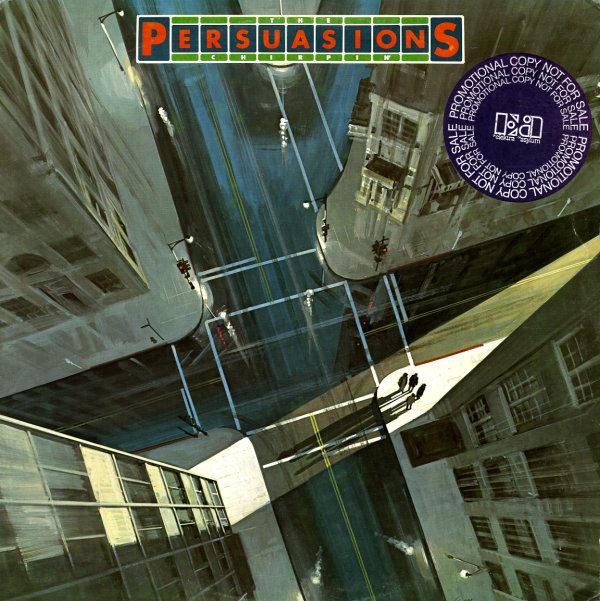 Acapella harmony soul from The Persuasions – still going strong in an older-styled mode that's more late 50s than it is late 70s! As with their other albums, the work on the set is an unusual blend of soul, rock, and pop numbers – all taken in a laidback doo woppy way – with only the group's vocals to provide their own support. Titles include "Papa Oom Mow Mow", "Moonlight & Music", "Looking For An Echo", "Women & Drinkin", "Sixty Minute Man", and "To Be Loved".  © 1996-2022, Dusty Groove, Inc.
(Out of print.)

Acappella
Straight/Enigma Retro, 1969. Used
CD...$4.99
The title gets it right on this one, because The Persuasions sing all acappella – quite unique for soul music at such a time of heavy production! The group were a great throwback to an earlier era of vocal group harmony – and this album, recorded for Zappa's Straight label, gave them ... CD