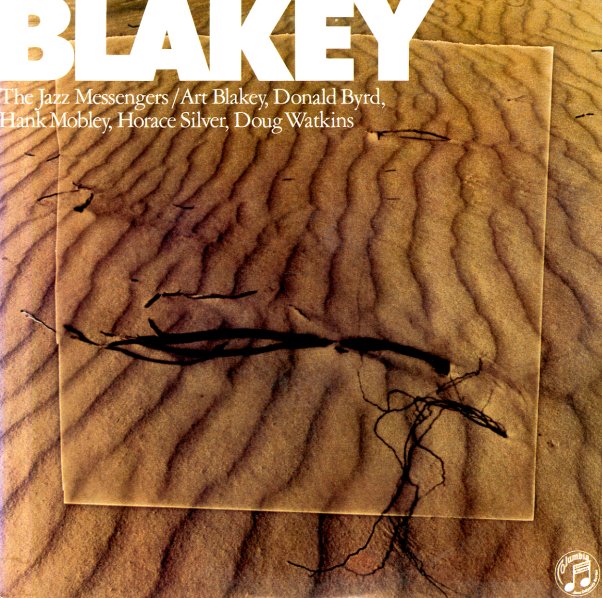 A killer early album by Art Blakey and his first incarnation of The Messengers – recorded before Horace Silver left the group, and a rare non-Blue Note outing done for Columbia Records! The ensemble here features Donald Byrd on trumpet, Hank Mobley on tenor, and Doug Watkins on bass – alongside Silver's piano and Blakey's thundering work on drums – and the album is virtually a blueprint for the sound of hardbop in years to come – focused and intense, but still with plenty of room for individual solo expression! Tracks include a classic reading of "Nica's Dream", plus Horace Silver's great "Ecaroh", and Mobley's own "Infra-Rae" and "Hank's Symphony".  © 1996-2020, Dusty Groove, Inc.
(80s pressing. Cover has a sticker on the spine near the top.)