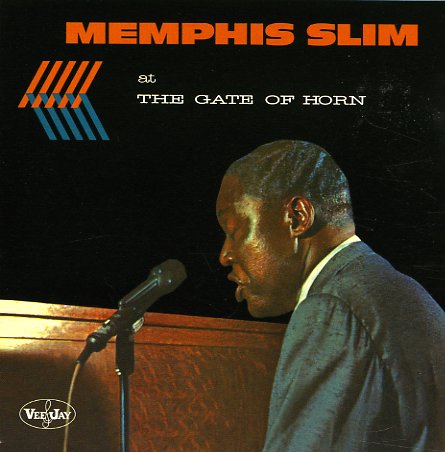 At The Gate Of Horn

A great live session from the glory days of the Chicago electric blues scene – the great Memphis Slim at the city's famous Gate Of Horn nightclub! Tracks include "Wish Me Well", "Messin Around", "Slim's Blues", "Steppin' Out", "Rockin The House", and "The Come Back".  © 1996-2022, Dusty Groove, Inc.
(Black label stereo pressing, with bracketed Vee Jay logo.)

Now Appearing
Vee Jay, 1960. Very Good+
LP...$13.99
Jimmy Reed, now appearing – playing with just the sort of groove that got him booked in plenty of clubs back in the day! The tunes chug along with a perfect gritty take on Chicago blues – that sharp-edged sound that Vee Jay Records did so well with Reed – making his albums like ... LP, Vinyl record album