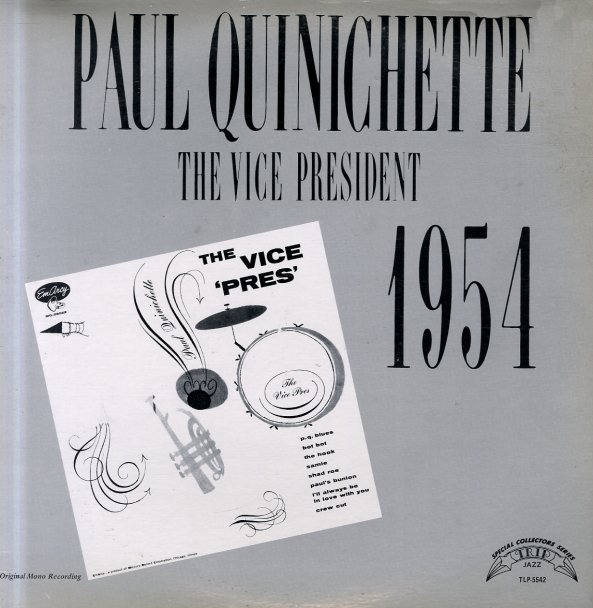 Some of the greatest work as a leader ever cut by tenorist Paul Quinichette – longtime Basie alum, and a key player who was the "Vice Pres" next to Lester Young's "Pres". The record is one of the best full-length albums by Quinichette from the early days, and combines material from a 10" LP and an earlier e.p. into a sparkling set of a dozen tracks that includes "Cross Fire", "The Hook", "Samie", "Shad Roe", "Prevue", "Sandstone", "Bot Bot", and "Paul's Bunion".  © 1996-2020, Dusty Groove, Inc.

For Basie
Prestige, 1957. Near Mint-
LP...$28.99
Smoking tenor sax from Paul Quinichette – heard here in a small group of Basie bandmates, but in a setting that also has all the players stretch out a lot more than usual! Tracks are a bit long, and in addition to Quinichette on tenor, the set also features Shad Collins on trumpet, Nat ... LP, Vinyl record album