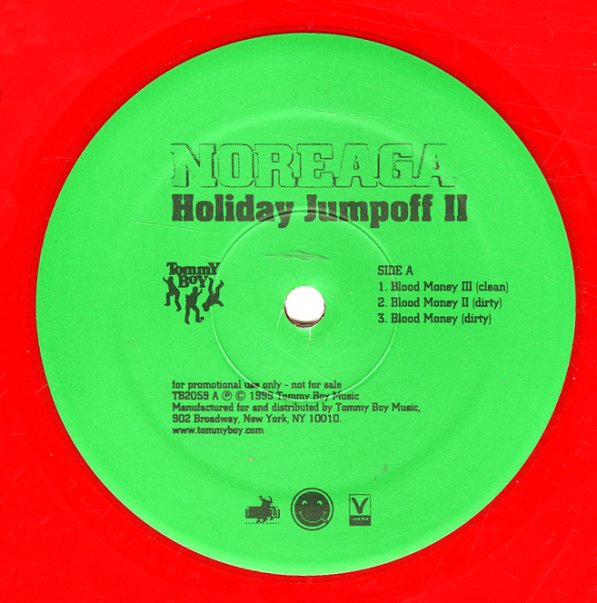 Promo only advance sampler released around the holidays on a double 12" with green and red vinyl, with titles including Blood Money Parts 1 though 3, Play Tha S***, and Oh No.  © 1996-2021, Dusty Groove, Inc.
(In a stickered sleeve.)