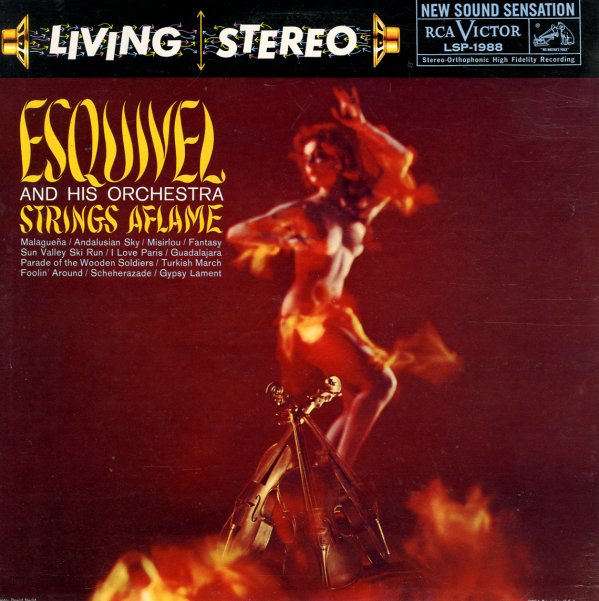 A soaring set of fire from the legendary Juan Garcia Esquivel – a record with the promised strings in the title, but used in all the weird and wonderful ways that make Esquivel so great! Some of the strings are electric guitar lines, there's some great echoey piano, gongs and percussion, and lots more too – on titles that include "Foolin Around", "Guadalajara", "Sun Valley Ski Run", "Turkish March", "Andalusian Sky", "Misirlou", and "Gypsy Lament".  © 1996-2021, Dusty Groove, Inc.
(Living Stereo pressing with deep groove! Cover has some very light wear in one corner, but is great overall.)