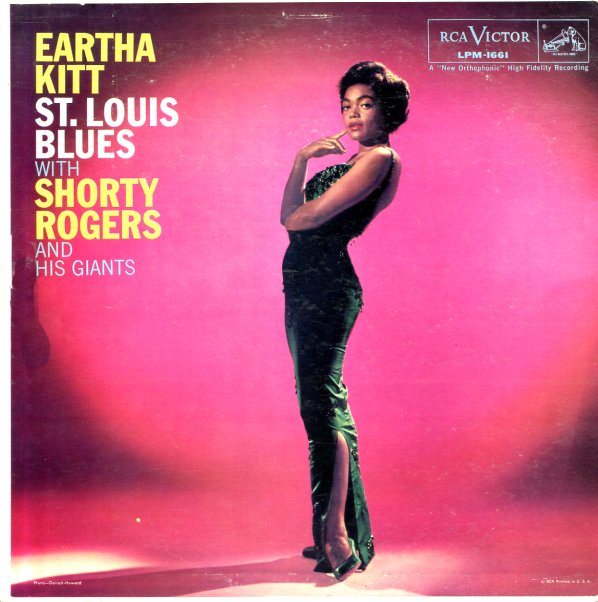 Backings by Shorty Rogers, arrangements by Matty Matlock, and tunes from the film St Louis Blues!  © 1996-2022, Dusty Groove, Inc.
(Black label mono pressing, with deep groove. Cover has some wear and aging, seam splitting, a bit of waviness from moisture on the bottom corner and a name in pen. Label has a sticker.)