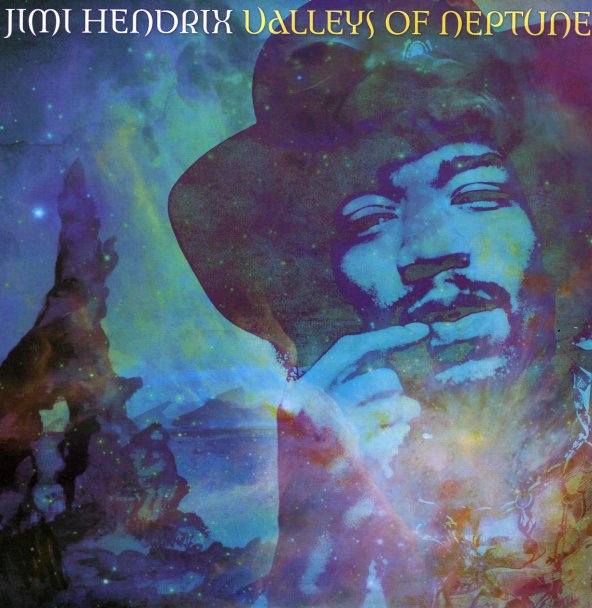 One of the most unlikely of success stories in the long string of posthumous Jimi Hendrix releases – a "new" album of studio recordings from Jimi that actually hits the mark. Billed as an unreleased album, the material has popped up on releases from time to time, but the new mixes and sequencing surpisingly do it justice and make this one worth picking up for Hendrix fans and newbies alike. It ain't on par with the first three albums by The Experience, but really, what is? Includes "Stone Free", "Bleeding Heart", "Mr Bad Luck", "Lover Man", "Fire", "Red House", "Lullaby For The Summer", "Ships Passing Through The Night", "Sunshine Of Your Love" and more.  © 1996-2022, Dusty Groove, Inc.

Twelve Dreams Of Dr Sardonicus (with bonus tracks)
Epic/Legacy, 1970. Used
CD...$6.99 (LP...$13.99)
The crowning achievement of Spirit – a wonderful blend of many musical strands at once – and a set so successful for the group, you probably could have found in any college dorm room in the early 70s! The record's really a cut above for their generation – an expansive effort that ... CD

No Depression (2CD expanded edition)
Columbia/Legacy, 1990. Used 2 CDs
CD...$11.99 14.99
The raw, blistering and still great debut of Uncle Tupelo – a band that played blue collar rock and folk songs with post punk and otherwise 80s underground bred intensity – a fairly simple combination that's as stunning now as ever! Given that the principal players would go on to long ... CD