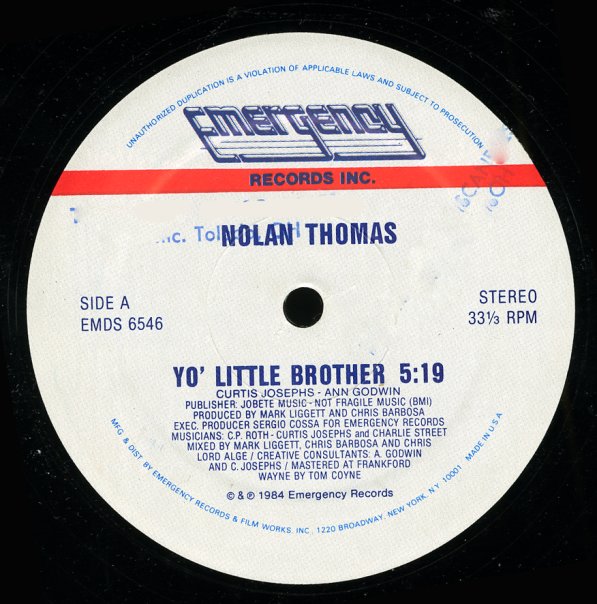 A track that really takes us back, like any of the Arthur Baker or Johnny Rocca cuts, or Shannon's "Let the Music Play". We're not sure this qualifies for classic status, but it does make us feel a little nostalgic.  © 1996-2022, Dusty Groove, Inc.
(In an Emergency sleeve which has some wear.)