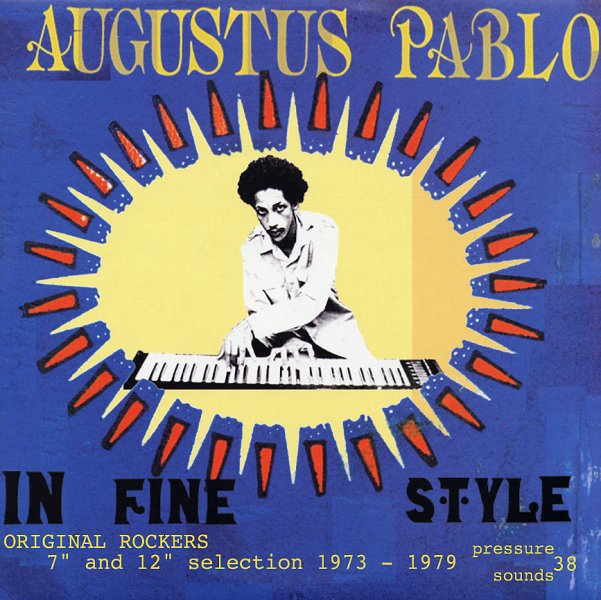 Tripped-out greatness from the mighty Augustus Pablo – maybe one of the few cats in the world who could make the melodica sound like a cool instrument! This package digs deeper than some of the straight album reissues on the market – as the Pressure Sounds team have really unearthed some great cuts that originally only appeared as singles – 7" and 12" tracks that mix together heavy, dubby rhythms with Pablo's snakey lines on the breath-blown keyboard – all for a sound that's completely amazing. The set features work issued by a few different artists on the label, all with Pablo at the core – and titles include "Far East", "East Man Sound", "Up Warika Hill", "Mountain View Dub (versions 1 & 2)", "Pablo In Fine Style", "Ras Menilik Congo (Harp)" and "Kid Ralph" by Augustus Pablo – plus "Phillips Showcase" by the Pablo All Stars; "Levi Dub", "Raw Dub", "Cool Shade Dub", "Roots Dub" and "Zambian Style" by Rockers All Stars; "False Rumour" by Jah Levi; "Rockers Rock (version)" by Jah Iny; and "Chock Full & Dub" by Synthesis. And as always, a deluxe Pressure Sounds package – with excellent notes!  © 1996-2021, Dusty Groove, Inc.