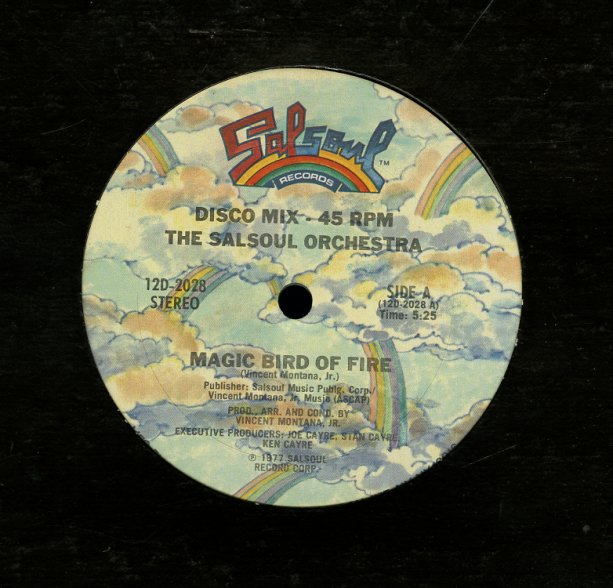 2 stone stunners from Salsoul Orchestra – both of them great! "Magic Bird" has a very similar feel to Earth Wind & Fire's "Getaway" – stepping out with a soaring and righteous groove. And "Getaway" is a darker tune – lots of bass at the bottom, with these cool keyboards that really set the track off from other stuff by the group.  © 1996-2021, Dusty Groove, Inc.
(White label promo. In a Salsoul sleeve, which has a bit of wear.)

Let No Man Put Asunder (5:54, 90s mix, voc, voc dub, 90s dub))
Salsoul/Double J, Late 70s/1993. Very Good+
12-inch...$12.99
One of the best tracks ever by First Choice! "Let No Man" is a sweeping anthemic club track – with a righteous lyric about love and losing it, and some killer production by the Baker-Harris-Young team that really gives the girls a great soulful groove! This reissue in the Salsoul ... 12-inch, Vinyl record

Freaky Deaky (double a-side promo single)
Polydor, 1978. Very Good+ (pic cover)
12-inch...$14.99
One of Roy's better club groovers from the late 70s – one that begins with an incredibly long conga riff, then rolls into the popped bass and funky vamping of Roy's more uptempo work. The chorus is quite catchy, and the whole thing runs along with plenty of American Promise! 12-inch, Vinyl record