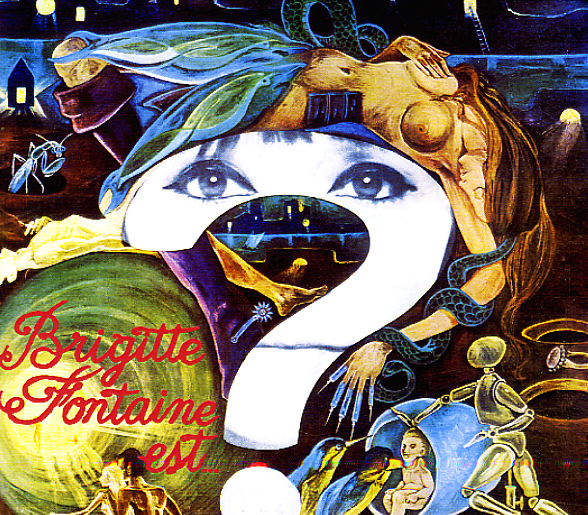 The Saravah Records debut from this amazing French singer – done with a wonderful sound that really links two generations of French music! At some level, the album's got a slightly more standard feel – bits of jazz, but inflected freshly – almost like the sublime Jeanne Moreau album on 60s Polydor. But at another level, there's already some of Fontaine's experimental spirit strongly at play – putting the songs together with a very creative, poetic approach. Pierre Barouh (of Francis Lai soundtrack & Saravah fame) handled the music, and the orchestrations have lots of cool little bits and weird twists and turns – and Brigitte's voice is strong and clear, more like other familiar female French singers than on her later work. Tracks include "L'Homme Objet", "Le Beau Cancer", "Il Pleut", "Je Suis Inadaptee", and "Comme Rimbaud". Totally worth having if you dig groovy French stuff!  © 1996-2022, Dusty Groove, Inc.