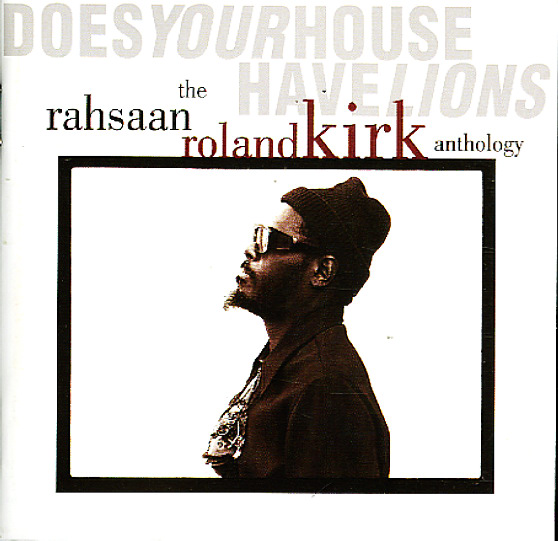 Amazing music from one of the greatest reed players ever – complete with a hefty booklet too!  © 1996-2022, Dusty Groove, Inc.
(In great shape!)

Case Of The 3 Sided Dream In Audio Color
Atlantic, 1975. Used
CD...$6.99 8.99
A great 70s album by Roland Kirk – one that features him working on a lot of short tracks, in a pretty crazy style! A number of the tracks feature Kirk's uniquely quirky reed style in full effect – often processed with added studio techniques, in a very nice way. And along side that ... CD

Aces Back To Back (Left & Right/Rahsaan Rahsaan/Prepare Thyself To Deal With A Miracle/Other Folks Music) (4CD set)
32 Jazz, Late 60s/Early 70s. Used 4 CDs
CD...$24.99
Nice one! A whopping 4CD set that brings together 4 of Roland Kirk's best late albums for Atlantic! Left & Right is an undisputed classic, and has Roland leading a large group of musicians through a haunting batch of complicated tracks that clearly illustrate his much-heralded concept of ... CD