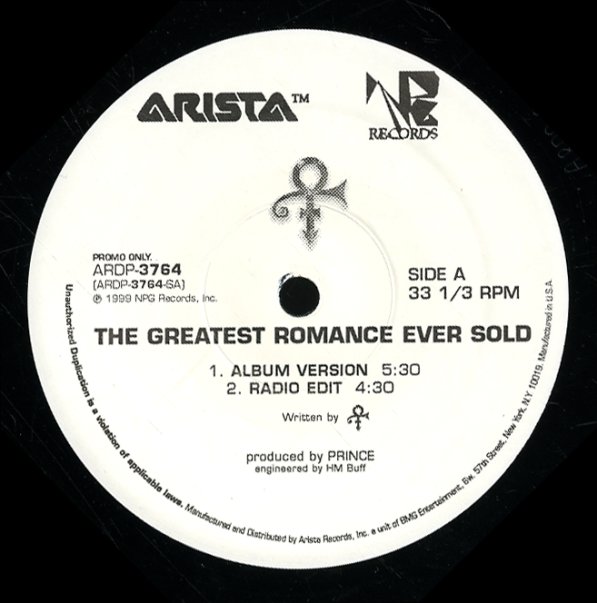 When Doves Cry/17 Days (the rain will come down then U will have 2 choose)
Warner, 1984. Very Good+ (pic cover)
12-inch...$9.99
One of Prince's biggest tunes ever – and a track that still sounds surprisingly great to our ears these days – funky, chunky, and completely catchy – with a hook that shouldn't go over so well, but really sends the tune home time and time again! "17 Days" is great too ... 12-inch, Vinyl record

I Would Die 4 U/Another Lonely Christmas/Free
Warner (UK), 1984. Near Mint- (pic cover)
12-inch...$14.99
One of our favorite tracks ever from Prince – an instantly funky, instantly catchy tune that never fails to blow us away with its dexterity! The jam sounds great, even after all these years – and it's backed by a non-LP cut, "Another Lonely Christmas" – in which Prince ... 12-inch, Vinyl record

Let's Go Crazy (special dance mix)/Erotic City
Warner, 1984. Very Good (pic cover)
12-inch...$8.99
One of the most romping tunes ever recorded by Prince – the kind of cut that was an instant dancefloor stormer back in the day, and still sounds mighty groovy all these many years later! The song is featured here in it's very extended version – and is backed by the fantastic non-LP cut ... 12-inch, Vinyl record