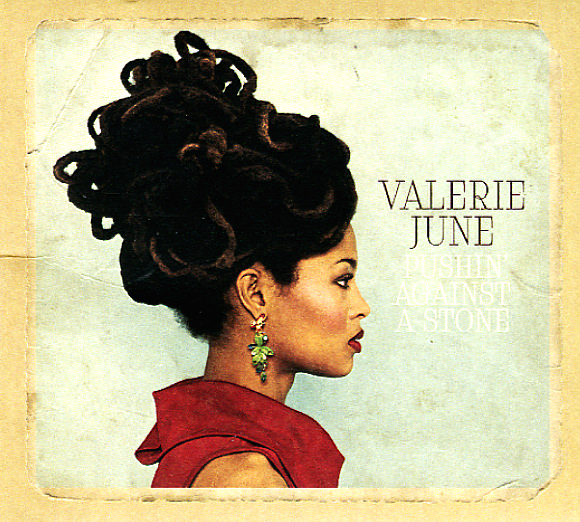 Pushin' Against A Stone

A really compelling mix of folk roots and deeper soul – served up here by one of the most unique artists we've heard in years! Valerie June is really carving out some unique territory here – singing and playing guitar at a level that feels rooted in Appalachia, but also sometimes stepping into some headier sounds that are more soul or funk-based as well – a really surprising brew that comes off surprisingly well throughout! Valerie's getting production help from Kevin Augunas and Dan Auerbach of The Black Keys – both of whom play and sing on the record too – along with some guest organ work from Booker T. Titles include "Wanna Be On Your Mind", "Pushin Against A Stone", "Trials Troubles Tribulations", "Twined & Twisted", "The Hour", "Somebody To Love", and "Workin Woman Blues".  © 1996-2021, Dusty Groove, Inc.