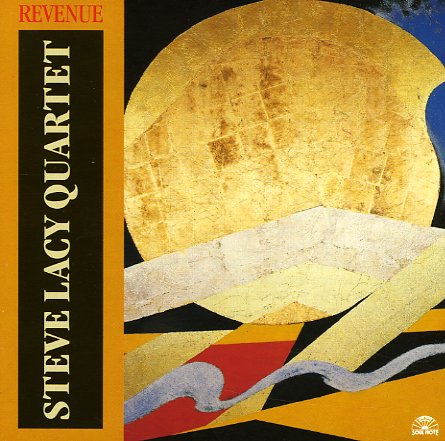 The title might be a bit of a joke – given that the career of Steve Lacy was never enough to warrant a lot of revenue – but the album's a killer with his group of well-honed players from the European scene – one of those great Lacy combo records that never seems to run out of energy or inspiration! Lacy plays soprano sax – alongside Steve Potts on alto and soprano, Jean-Jacques Avenel on bass, and John Betsch on drums – all with that angular, inventive approach to rhythm that was the group's trademark – a style that almost seems to take off from some of Ornette Coleman's early experiments, yet also draw on Lacy's longtime love of Monk, and his own free-thinking tendencies on solo recordings too. Titles include "The Rent", "Revenue", "Gospel", "Esteem", and "The Uh Uh Uh".  © 1996-2020, Dusty Groove, Inc.