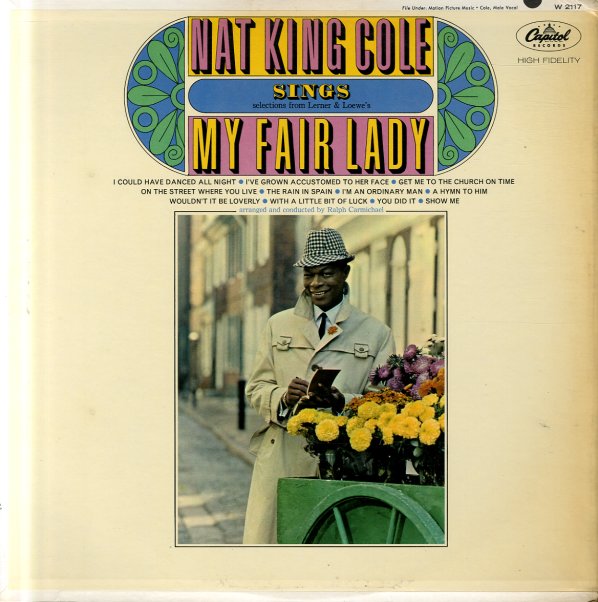 Late Nat King Cole – an album from the early 60s for Capitol, featuring expansive arrangements from Ralph Carmichael! The style here is a bit more flowery than on Nat's earlier work – with him singing in kind of a grand voice, amidst large orchestrations and occasional backing chorus vocals – in a mode that's not as smooch or intimate as his classic Capitol sides, but which still has some nice merits – especially in the way that Nat's voice seems to still have a tremendous amount of presence in the setting. Titles include "I've Grown Accustomed To Her Face", "Hymn To Him", "With A Little Bit Of Luck", "The Rain In Spain", and more.  © 1996-2022, Dusty Groove, Inc.
(Mono UK pressing in a flip-back cover. Shrinkwrap has a hole in front from sticker removal. Cover is lightly bent at the top right corner.)