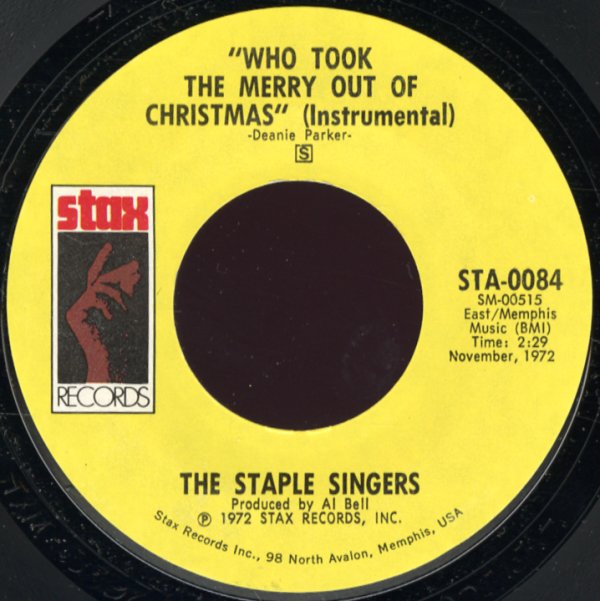 Who Took The Merry Out Of Christmas (voc, inst)

(Labels have initials in pen.)