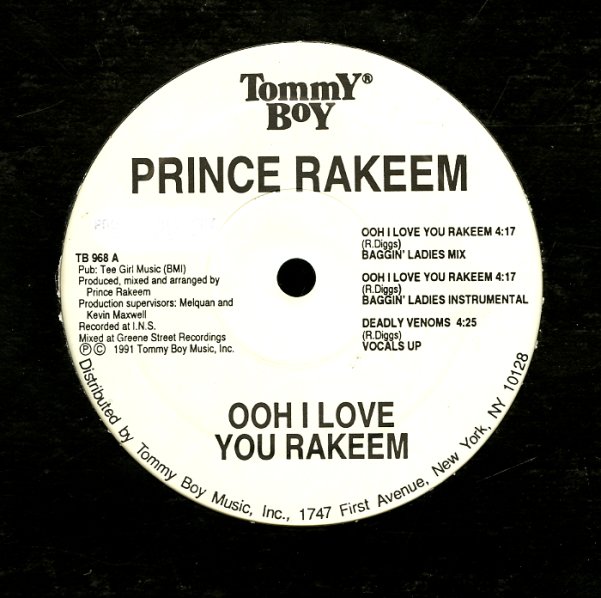 Single from RZA in his early days as Prince Rakeem, before any Wu-Tang releases, but with a nod to the future in the titles. It's sounds surprisingly nice in this day and age. RZA's delivery is loud, measured and clear – like a lot of late 80s, early 90s MC's. The beats are straight up, soulful samples with catchy-as-hell beat tracks. Check the Wu-Tang mix of "Sexcapades" for the dawn of the Wu sound.  © 1996-2021, Dusty Groove, Inc.
(Reissue in a Tommy Boy sleeve.)