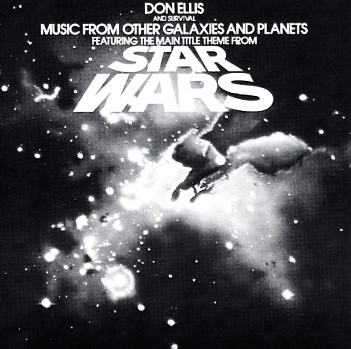 A great little set – way more than you might think from the cover! Ostensibly, this one's a cash-in album for the mid 70s Star Wars soundtrack craze – but since it's handled by Ellis, it's got a surprisingly funky feel, with many tracks that recall his own great soundtrack work of the time. In fact, the album only has 2 tracks from the Star Wars soundtrack – despite the fact that the logo for the movie is displayed largely on the cover – and all other tracks are originals by Ellis, handled with a sweet mix of electric funk and funky jazz soloing! Lots of nice keyboards, and titles include "Orion's Sword", "Eros", "Lyra", "Ursa", "Vulcan", and "Arcturas".  © 1996-2021, Dusty Groove, Inc.
(Cover has a promo stamp, tracklist sticker, and light wear.)