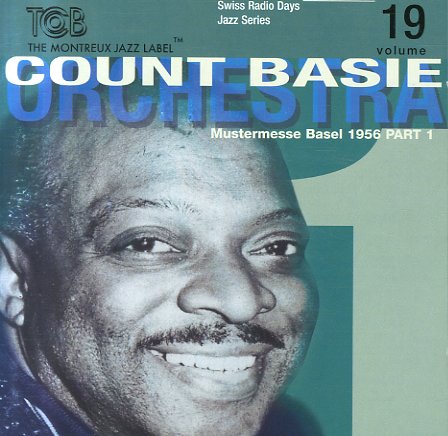 April In Paris
Verve/Polygram, 1955. Used
CD...$2.99 4.99
One of Basie's biggest albums – but still a work of pure genius! "April In Paris" is one of the darkest jazz standards ever written, and it never sounded better than in this original version, which features that great ending in which Basie and the band stop, then start, then stop ... CD

New Beginnings
TCB, 1997. Used
CD...$14.99
A great open space for the wonderful vibes of Steve Nelson – a quartet with Mulgrew Miller on piano, Peter Washington on bass, and Kenny Washington on drums! CD

Swiss Radio Days Vol 2 – Art Blakey's Jazz Messengers Lausanne 1960 Part 1
TCB (Switzerland), 1960. Used
CD...$11.99
Great live material from Art Blakey and the Jazz Messengers – recorded during a legendary year for the group, with a really legendary lineup – the quintet formation that included Lee Morgan on trumpet, Wayne Shorter on tenor, and Bobby Timmons on piano! Along with Blakey on drums and ... CD