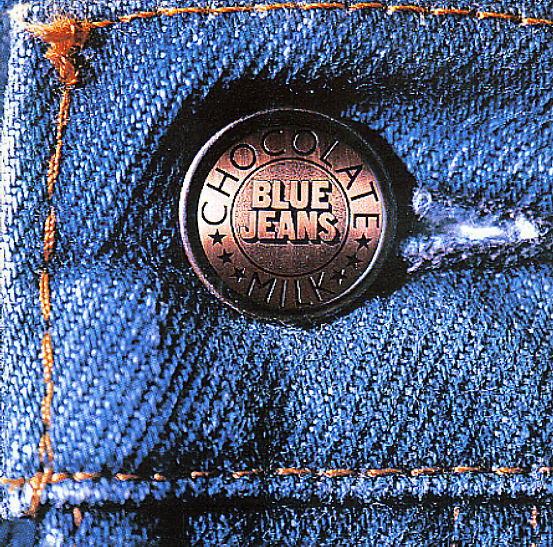 One of the best later albums by Chocolate Milk – a bit different than their earlier work with Allen Toussaint, but still bouncing along in a sweet 80s groove, with more than enough traces of their roots as a funky combo! Leo Nocentelli's sitting in on guitar, adding some nice licks to keep some tracks a bit more firmly grounded in a New Orleans funk tradition, alongside some more modern production touches – and the album's got a compelling vibe that's partly pointed towards the boogie generation of the 80s, but with a heavier funk component overall! Titles include "Let's Go All The Way", "Like My Lady's Love", "Honey Bun", "Running On Empty", "Blue Jeans", and a version of Otis Redding's "I've Been Loving You Too Long". CD also features 7" single mixes of "Honey Bun", "Take It Off", "Like My Lady's Love", and "Blue Jeans" – plus 12" mixes of "Video Queen", "Let's Go All The Way", and "Who's Getting It Now".  © 1996-2021, Dusty Groove, Inc.

Give It Up
RCA/PTG (Netherlands), 1982. New Copy
CD...$11.99
Great later work from Pleasure – a group who are probably best-known for their classic 70s albums on Fantasy Records, but one who kept the groove riding high in some early 80s years at RCA! This set's a shimmering jewel – a great mix of funky rhythms and mellower moments, all wrapped ... CD

This Is My Dream
Gordy/FTG (Netherlands), 1980. New Copy
CD...$11.99
One of the last records Switch recorded before Philip Ingram went solo, and the rest of the guys broke off into DeBarge – and an album with some surprisingly sweet soul moments! The funky side of Switch is still stringly in place, but this record has some great little ballads ballads too ... CD

Ready For Love
RCA/PTG (Netherlands), 1980. New Copy
CD...$11.99
A killer set from a group that never lets us down – stepping out here in a sound that's more modern, more mature than their hit work of the 70s – yet still filled with all the sublime harmony soul we'd expect from the trio of Tony Silvester, Cuba Gooding, and Luther Simmons! Wade ... CD

I'll Do My Best
RCA/PTG (Netherlands), 1982. New Copy
CD...$11.99 (LP...$19.99)
The Ritchie Family do their best to remain relevant after the glory days of commercial disco – and succeed strongly on I'll Do My Best – thanks to the sweetly soulful trio vocals and a nicely updated dancefloor soul sound! The songs are great, and groove on just long enough – ... CD