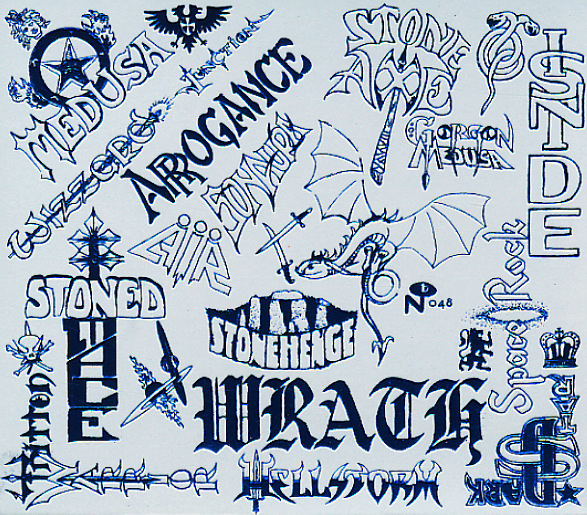 A really tremendous batch of dark-themed tunes from the American underground of the 70s – a treasure trove of under-discovered acts who were all inspired by the deeper brooding of the Led Zep and Black Sabbath generation! Unlike later manifestations from the indie scene, the work here isn't really heavy metal – and instead has this more complex approach – ready and able to spin out their own tales and stories in the space of a full length concept album, guided by their own unique myths and mysteries – even though most of these tracks only ever saw the light of day on 7" singles, as the bands mostly never got the chance to serve up a full-length set. Leave it to Numero to do a perfect job of bringing this underground together through their vivid notes and great images for the set – and no surprise, there's some occasional funky touches on a few of the tunes – especially on the drums. This is the kind of stuff the stoners in your high school wish they were hip enough to know about – and titles include "Warlord" by Wrath, "Twelve O'Clock Satanial" by Air, "Sealed In A Grave" by Triton Warrior, "Dark Days" by Space Rock, "Sweet Child" by Gorgon Medusa, "Cry For The Newborn" by Hellstorm, "Tasmania" by Stoned Mace, and "Seance" by Wizard.  © 1996-2021, Dusty Groove, Inc.