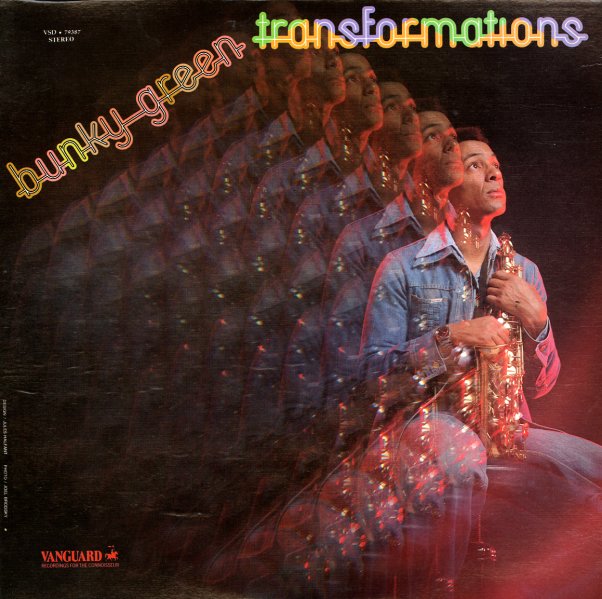 Funky Bunky from Chicago, with backing from Al Dailey on piano, Billy Butler and Carl Lynch on guitar, Wilbur Bascomb on bass, Jimmy Johnson on drums, Al Chalk on percussion, and Jeff Bova on ARP string ensemble and ARP 2600. The sound's quite different from his Cadet albums – but not bad overall, kind of a smooth jazz funk approach. Tracks include "Funk Ain't a Word", "Chillon", and "The Lady from Ancona".  © 1996-2021, Dusty Groove, Inc.
(Cover has light wear and a cutout hole.)

Timeless Aura
Vanguard, 1976. Near Mint-
LP...$14.99
Sweet funky electric work from James Moody – and pretty darn nice too! The set was produced by Ed Bland, the force behind the funky James Moody (and Dizzy Gillespie) sessions for the Perception and GWP labels in years back – and at many levels, the feel here is similar to those great ... LP, Vinyl record album