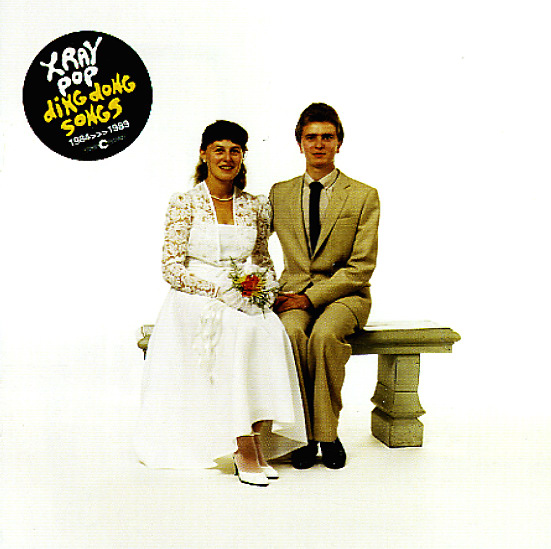 Beautiful work from X Ray Pop – a totally wonderful French group from the 80s, and one with the same mix of female vocals and spare electronics that would later surface more strongly with Stereolab! These guys are kind of a bridge between that group and the early 80s experiments of Brit groups like Young Marble Giants – working here in a style that's a lot warmer than most post-punk material, but still equally spare – a great stripped-down approach to electronic pop, but without any of the darkness that genre usually embraces! The package is a wonderful discovery – especially given that most of the music here was only issued on tape or rare vinyl singles and compilations – finally out in a better format, complete with great notes too. Titles include "Pampam", "Bal", "Klac Klac", "Rana", "Ding Dong", "Petit Animal", "Les Nonnes En Noir", and "La Mort". 27 tracks – including some CD-only bonus cuts!  © 1996-2021, Dusty Groove, Inc.

Tape Recorder & Synthesiser Ensemble
Finders Keepers (UK), Early 80s. New Copy
CD...$6.99 16.99
Never-heard sounds from this amazing UK duo – an early 80s outfit who went by the name of Tape Recorder & Synthesizer Ensemble – a very good choice, given the instrumentation on the set! Most of the music here is relatively spare, but surprisingly tuneful – kind of in a space ... CD