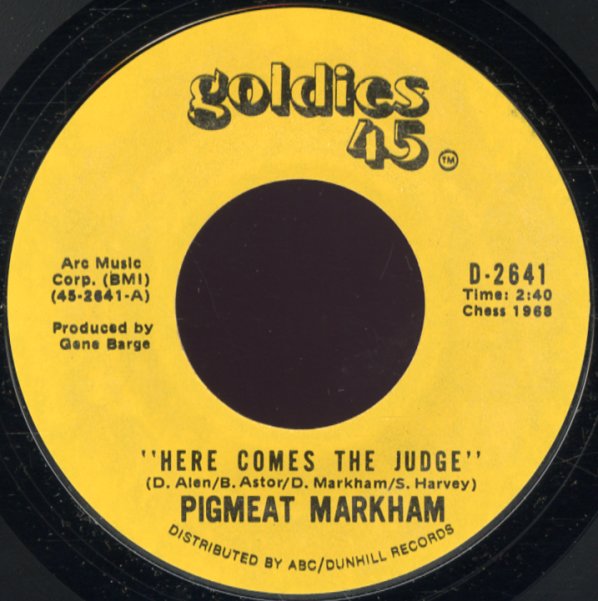 2 funky numbers by Pigmeat! "Here Comes The Judge" is a great take on the famous routine – with some tight Gene Barge backings that start with some great drum bits, as Pigmeat calls out the routine between the funky grooves! "The Trial" is straight comedy, with no music – but still nice.  © 1996-2021, Dusty Groove, Inc.
(Later Goldies pressing in a company sleeve.)

(Don't It Make You) Feel Kinda Bad/Anything You Do Is Alright
Chess, 1967. Good
7-inch...$4.99
One of the greatest tracks ever by this wonderful Chicago soul group! "Feel Kind Of Bad" is one of the all-time non-LP greats – with a "should have been huge" hook, and harmonies that don't quit! "Anything You Do" is pretty good too – and is a version of ... 7-inch, Vinyl record