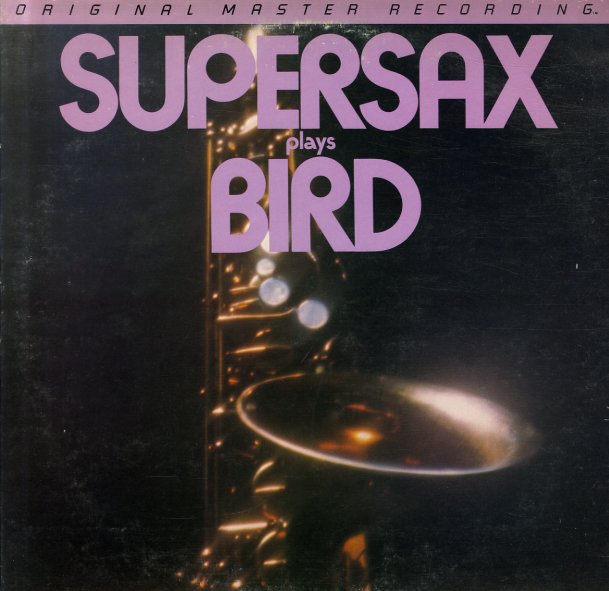 A completely fresh take on the Charlie Parker aesthetic of the bop generation – updated for the 70s, but in ways that are still pretty classic overall! The group's a large one, but plays with a tightness that goes way past their gimmicky name – thanks to players who include Med Flory and Joe Lopes on alto, Warne Marsh and Jay Migliori on tenor, Jack Nimitz on baritone, and Conte Candoli on trumpet – all of whom get in some great licks! Tunes are all short bop classics, played with very tight head arrangements, and some searing breakout solos. Titles include "Ko Ko", "Be Bop", "Repetition", "Night In Tunisia", "Hot House", "Star Eyes", and "Parker's Mood".  © 1996-2022, Dusty Groove, Inc.
(In great shape! Cover has a very small cutout mark.)

Dynamite!!
MPS, 1978. Very Good+
LP...$2.99 4.99
A looser, more free-swinging album than usual for Supersax – one that still has the group working with some key contributions from west coast jazz luminaries, but in a vibe that's almost more small combo than larger ensemble! The tracks here include a fair bit of Bud Powell and Charlie ... LP, Vinyl record album