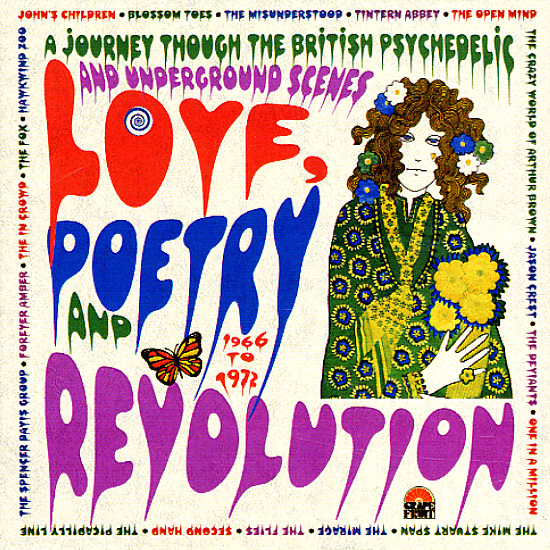 The real sound of the British underground at the end of the 60s – a stellar 3CD package that goes way beyond the oft-heard modes from the classic rock and progressive years! Sure, all the big names from those years are totally great – but they've also obscured the really rich tapestry of lesser-knowns who were working in London and beyond at the time – extremely inventive groups who work here in a blistering array of fuzzy, freaky, and mad mod styles! The book's got plenty of details on the 65 tracks included in the box set – more than enough info to help situate these really unique sounds, and no doubt start you digging for more in the future. Yet there's hardly any need to dig when you've got a set this great – a package that includes "Pretty Colours" by Deep Feeling, "Ebeneezer Beaver" by The Mirage, "Amanda Jane" by West Coast Consortium, "Love" by Shy Limbs, "Santa Lucia" by Respect, "Iridescent Butterfly" by Fat Mattress, "Story Book" by Alan Bown, "Just Another Day" by Neon Pearl, "I'll Be Late For Tea" by Blossom Toes, "Am I Glad To See You" by The In Crowd, "Busy Bee" by Tintern Abbey, "Fillin A Gap" by Paper Bubble, "Creation" by Beau, and "Hurry On Sundown" by Hawkwind Zoo.  © 1996-2023, Dusty Groove, Inc.